on the silver screen or broadway lights

where I want to go/be.

I Carry Your Heart With Me

i am never without it
anywhere i go you go, my dear;
and whatever is done
by only me is your doing, my darling

i fear no fate
for you are my fate, my sweet
i want no world
for beautiful you are my world, my true

here is the deepest secret nobody knows
here is the root of the root
and the bud of the bud
and the sky of the sky of a tree called life;
which grows higher than soul can hope or mind can hide
and this is the wonder that’s keeping the stars apart

i carry your heart
i carry it in my heart

Why is this one of my favorite poems? I’m a hopeless romantic and I do wish to read a long poem/love letter at my wedding. Seeing this movie made the possibility more real and this poem jumped out at me. I admit I bought more volumes of e.e cummings works just looking for this poem. Its elegant, its romantic and you feel like he could be writing it to anyone including myself. I share with you and the universe one of my favorite poems ever.

I have a ritual that I try to stick to every weekend. I try to catch a movie in the theatre. It doesn’t matter if it’s with someone or alone I find it to be a wondrous escape for a couple of hours. Today I saw Ant-Man and while watching the previews I was wondering where are the stories I would like to see? Movies that are coming out in the coming months feature tales of bravery, mobster tales and one of the suavest agents known to man James Bond. When I say stories I’d like to see I mean “BRING THE GAY”!  Movies that have a LGBT lead character are few and far between and they are normally in Drama. How about an action movie where the lead is bi-sexual or even gay. Would you see it?

I know there are male executives who’d love to do this type of movie with a female in the lead because it’s okay and appealing for some woman to woman action. I’d personally like to see an action movie where the male lead is gay or bi, does it have to be pornographic, no but I’d like to see myself represented on screen. It’s part of the world people and the mosaic that is movies should reflect all different types of reality.

I have so many ideas that I want to take and expand on, maybe this is my call to action. It has to start somewhere. There is a movie called Legend that stars Tom Hardy as twin mobsters in London, and guess what one of the mobsters is bi. It’s also based on a true story and comes out this fall. I’ll be there on opening weekend. 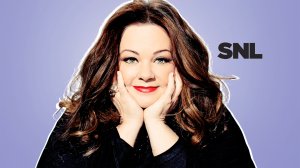 We are not friends yet but I hope to meet you in the near future. I just recently saw your movie Spy and I enjoyed it immensely to the point where I may see it again. (rarely happens for me, you know how much movie tickets cost nowadays?) As an aspiring actor I look for little facets of myself in people I watch on-screen and in you my dear I see a lot of me. I was told i’m naturally funny in acting class especially when im not trying to be, which could be good and bad. We shall see.

I do want to apologize because I never saw you on Gilmore Girls and up until recently never watched an episode of Mike and Molly. The movie is where you caught my eye. Bridesmaids was hilarious and pretty much you were my reason for buying the Blu-Ray. I think some others enjoyed your performance because hello Oscar nominee. I’m just saying. What brought this letter on you might be asking (or your assistant, depending on who’s reading your mail).

One of my local newscasters reviewed Spy and one of his comments was that he was sick of you playing the same character over and over in different movies. Youre an actress, I’m an actor so I get it but what a shitty opinion to have! First of all you play what you’re good at. Second I believe that there are so many layers to being a comedian especially a funny one that many people don’t realize there are subtle differences in each movie role. Would I love to see you put on makeup and play a deranged killer or a football loving mom who takes in a homeless kid, yes but I’m ready when you are.

Your physicality when tackling any role is awe-inspiring. I’m a big(er) black dude who is trying to get over my fear of letting my bigger size define who I am as an actor instead of just being in the moment, in the character  and in the scene. It takes some of my emotion away when I’m worried about how I look instead of going full-tilt boogie at every turn. Its a process and I’m learning. Your performances on SNL are legendary in my book.

I saw Spy before I did my first acting showcase for school and watching you gave me confidence to be the best I can be in that moment and I believe it strengthened my performance for the better. Just know you have fans from all walks of life and are inspiring to us all. You are a divine treasure in this world and I’m so lucky to see you shine on that big screen.